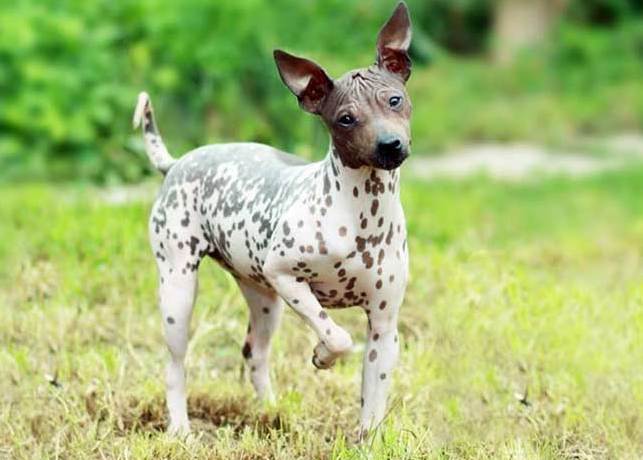 Let’s meet the American Hairless Terrier, a friendly variant of the terrier.

You’ve probably heard of hairless dogs at some point in your life. One of them is the American Hairless Terrier. As its name indicates, this breed has no hair. Affectionate and lively, it belongs to the small-medium size breeds. It is a Terrier, so it shares characteristics of this type of breed. It is curious, intelligent, easy to train and it has a strong hunting instinct. However, as it is hairless, this activity is not exactly ideal for him.

This dog is very sociable which makes it an excellent companion dog. The American Hairless Terrier is always looking for the friendship of other dogs regardless of the size difference. This is the reason why it is important to supervise it when it is with other animals to prevent it from being hurt by dogs that are larger and less sociable than it is. Since it has no hair, it is ideal for life inside home. It is also the perfect breed for allergy sufferers.

So far the American Hairless Terrier, also known as the American Naked Dog, is still not recognized by the FCI (International Canine Federation), but by the American Kennel Club.

The main characteristic of this dog is that it has no hair and that is why its name contains the word Hairless. This breed originated by crossing hairless specimens, i.e. no hairy specimens were used. This is to safeguard and reinforce certain features, such as dentition. In this dog breed, the lack of hair is a recessive and non-dominant gene.

The first American Hairless Terrier, named Josephine, was born to a Rat Terrier on August 2, 1972, in Trout, Louisiana. The litter consisted of four puppies, one hairless and three with hair. Some time later, from Josephine’s first litter, a hairless female, Gypsy, was born. Then, for the next eight years, no other hairless dogs were born. Josephine was mated with her son Sambo, a hairy male dog. She had a litter of four little ones, two of them hairy and two of them hairless. And finally, by mating one of these hairless dogs with Josephine, they eventually had a litter of only hairless puppies.

The American Hairless Terrier is a small-medium sized dog. It may be 9 to 16 inches (24-40 cm) tall and weigh between 8-24 lb (4-11 kg). It is a dog that is longer than tall and is quite muscular. It has a broad, well-proportioned head with small wrinkles on the forehead. Its ears are V-shaped and its tail is always high. Its eyes can be brown, blue, gray, amber, or turquoise.

Skin color varies from white, white with mottled black, brown with mottled white to dark brown. Its skin darkens in the sun. That is why it needs protection against the sun’s rays when exposed to the sun. This also prevents it from being affected by annoying skin rashes.

Rashes on its skin may also appear due to allergies, which are common for this breed. A particular curiosity is that this is a very warm dog. In the sense that during the winter it is better than an electric blanket. 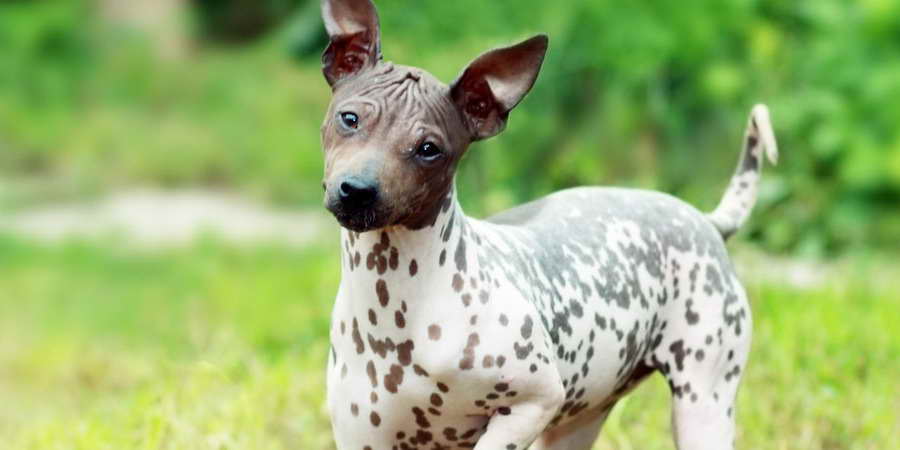 Like all Terriers, it is very lively. However, this breed is easy-to-train. A constant and consistent training would be enough to make it an excellent companion dog that behaves according to the rules of the household.

The exuberance of its temperament is combined with an innate sociability, both towards other animals and towards humans. However, it is good to keep it under control as the American Hairless Dog does not take into account the difference in size with other animals, so it runs the risk of being hurt by other dogs that are larger and less sociable than it.

The American Hairless Terrier has a cheerful character, but it is also an attentive, alert, curious, and intelligent dog. Despite its small size, it has all the aspects that characterize terriers. For example, it is endowed with great energy. Therefore, it is absolutely recommended that its owner be active and sporty.

It is funny, elegant and a great playmate. It loves digging holes. In addition, it has a strong hunting instinct. However, hunting is not an activity for which it is suited: its lack of hair can cause it to get hurt while hunting in the bushes. The American Hairless Terrier is undoubtedly an excellent companion dog. It is also considered one of the best dogs to live indoors thanks to its complete lack of hair.

It is a breed that is generally in good health and has an average lifespan of 14 to 16 years. It does not require special grooming. A bath at least once a month will be enough. The only thing the owner should keep in mind is that the American Hairless Terrier should be protected from too cold and too hot temperatures. You should apply sunscreen to the dog if it is going to be exposed to the sun. You should also take care of it during very cold days.

Like many other dogs, this dog breed is also allergic to bee stings, so you should be careful when taking it for a walk. But above all, being a hairless dog, it is a pet especially loved by those who suffer from allergies.

The American Hairless Terrier has no dental problems, unlike many other breeds that have the hairless gene. This dog breed also has no sweating glands. However, after intense exercise, or when the temperature is warm, the skin may show traces of dryness along the spine.

Of course, you will have to carefully evaluate the pedigree of the animal you choose. You can also contact specialists of this dog breed to help you do so. The amount of money to pay for one of these specimens is not small. An American Hairless Terrier puppy will cost you between 700 and 1100 dollars, about 600-1000 English pounds.