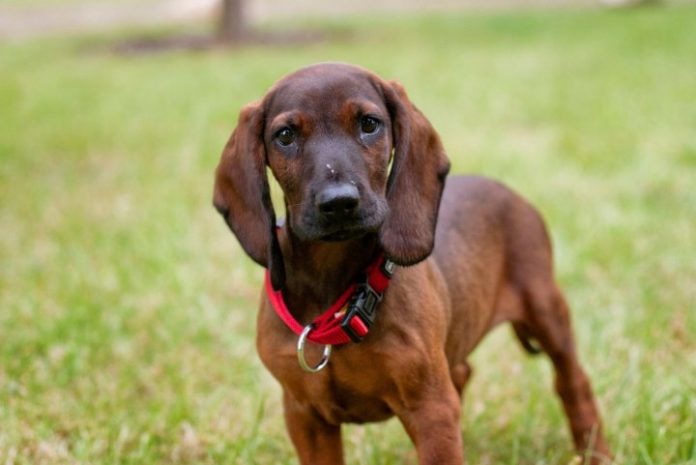 The Bavarian Hound or Bavarian Mountain Hound is the English name of the Bayerischer Gebirgsschweißhund.

The German origins of this dog breed comes from crossbreeding the Hannover Hound and the Tyrolean Hound. This mix was created with the objective of achieving a highly skilled hunting dog with an infallible sense of smell, like the Hannover Hound but smaller and more agile, and with great resistance.

It is considered one of the best hunting dogs of the World, it can smell a tiny blood trail, follow the prey, and it always finds it even miles away.

It is a dog that defends its prey from other animals with strength and courage, waiting for its owner to come. This dog only allows its owner to approach. The Bavarian Hound has an intense bond with its owner and will do anything to protect him; it also looks after its owner’s belongings.

The Bavarian Mountain Hound is an Extraordinary Dog.

Besides being attached to its family, it looks after children very carefully. But, it is also very affectionate and likes to play. It is a joyful, smart, calm and non-aggressive dog (unless it is hunting and has to defend its prey).

It adapts to life in apartments but the Bavarian Mountain Hound’s ideal environment is outside, in the forest, where it can put into practice its spectacular qualities. This Hound is distant with strangers, but adores playing and running with other dogs.

The Bavarian Mountain Hound is a strong and resistant dog. You must pay attention to its diet which must be well-balanced and nutritious (Healthy Homemade Dog Food); do not give it a random diet or food, it could cause it to become overweight, harming its health and affecting its strength and its resistance during hunting tasks. 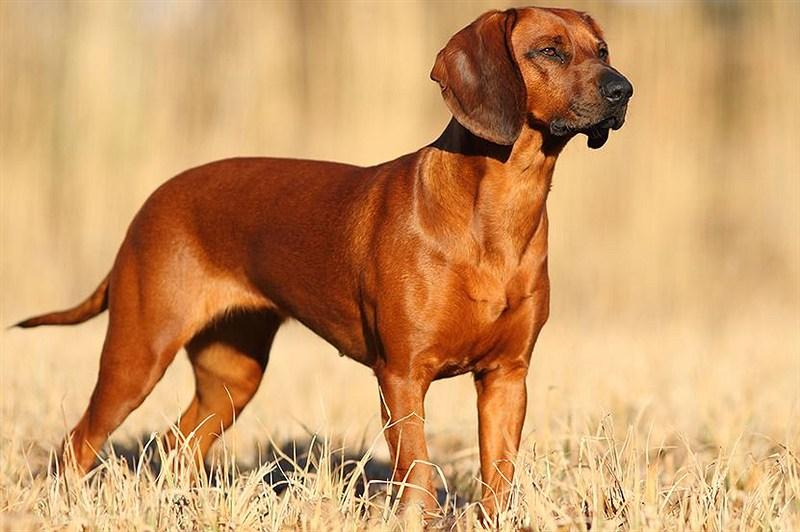 The Bavarian Mountain Hound or Bayerischer Gebirgsschweißhund (its original name) is a dog breed of medium or large size, it is originally from Germany, as one can infer by its original name.

It is a hunting dog with an excellent sense of smell and it is used mainly to retrieve injured or dead animals (especially deer and antelopes).

The name comes from the German words Gebirgs (mountain belt) and Schweisshund (that means hunting dog). The Bavarian Hound’s origins are from the Bavaria’s lowest regions and it is said that it comes from the crossbreed of the Hannover Hound and Tyrolean Hound.

Bavarian Mountain Hound: Why was It Breed?

By the end of the 19th century, hunters in general caught deer and antelopes, animals from the north of Germany, and used the Hannover Hound for this task. However, overtime this dog breed turned out to be too heavy and inadequate for high mountain zones, where the land is nearly inaccessible.

Hunters needed a lighter and agile dog, capable of bearing long walks, and standing physical and climate difficulties in these places. This is why, as we mentioned before, they decided to crossbreed the Hannover with the Tyrolean Hound.

After careful and various cross breedings, the Dog Breeders Club from Munich, Germany, created and developed the Bavarian Hound Standard during 1912. This led to the creation of the Bavarian Mountain Hound we know nowadays. Later, this dog breed spread through Austria and Hungary and in France during the last century, in the Loire Valley and Alsace regions.

The Bavarian Hound is a medium-sized dog, its height can vary:

Its weight can be of 55 to 75 lb (25 to 34 kg), morphologically it is classified as a pointer because it is a light weight and muscular dog. The body is slightly long with medium sized extremities.

In general, it is a well-proportioned dog, and has a serious and smart expression in its face. Its back is robust, but not too short, with wide and muscular hips. The Bavarian Hound’s head is wide but not heavy; the top is flat. The muzzle is not too long or wide.

The nose can be black or brown colored. Its neck is medium sized, robust and sharp. The ears are a little long, heavy with a wide base and placed high in its head; they have rounded and flat points. Its eyes are not big or too round and are dark brown colored.

The tail is medium length and the lower part has more hair, generally with black spots. The coat is very resistant, strong and full, in its head and ears it is thinner; and thicker in the stomach and legs.

In its back the color is more intense, and also darker in the muzzle and ears. 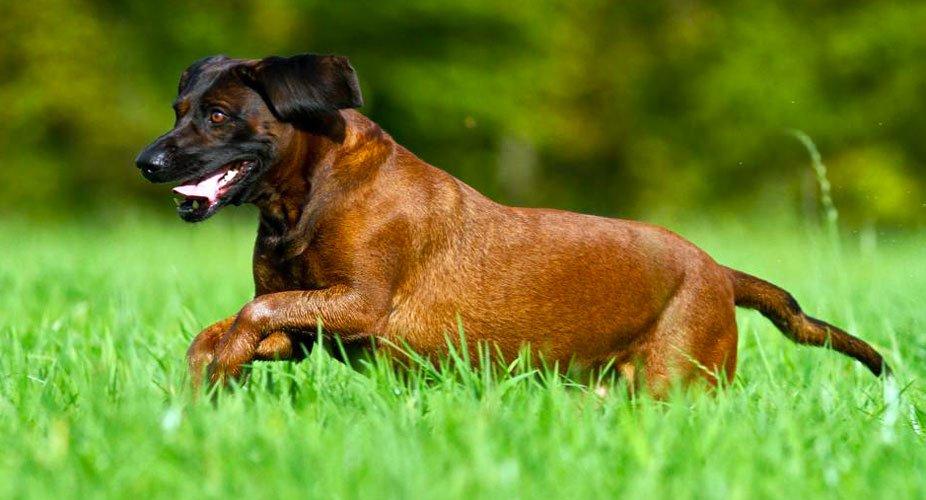 The Bavarian Mountain Hound has a loose and agile walk. It has a lifespan of 12 years; it is a rustic and strong dog.

The Bavarian Mountain Dog is a hunting dog, in fact is one of the best hunting dogs of the World, known for helping humans catch and retrieve injured or dead animals. Also, one of the most distinctive characteristics of the breed is its resistance.

In open spaces it does not let deer, antelopes and other animals, whether large or medium-sized, escape. The forest or the wild are the best place for the Bavarian to demonstrate its abilities. It is capable of performing its tasks in an efficient and perfect manner.

Some hunters that own this dog breed train them to defend and stay close to their backpacks, so they can leave the dog alone for a few moments in the woods or in a cabin without the risk of the dogs running away. This makes us understand that Bavarian Hounds are extremely smart and very easy to train.

As previously stated, the Bavarian Hound is mainly used for wild hunting. It has a highly developed sense of smell that allows it to track the most invisible blood trails and identify a wounded animal from miles.

Once it finds its prey, the dog calls its owner by barking and at the same time defends its prey from strangers. Only its owner is authorized by the dog to retrieve the prey.

Every stranger that approaches the Bavarian Hound will be discouraged and received with an aggressive attitude that immediately disappears by command of its owner.

The Bavarian Mountain Hound is a calm and well-balanced dog; it is joyful and devoted to its owner. It develops a strong bond with its owner and family. It is a patient dog, especially with children; it gets very attached to them and looks after them very carefully.

You will always see it looking for cuddles and playtime, as it likes to be the center of attention. However it is a very proud dog and it is distant with unfamiliar people.

We are talking about a self-confident, fearless but docile dog. It is not shy or aggressive unless it is defending its prey and waiting for its owner to come. The Bavarian is mainly a hunting dog, but it is also used as a companion dog.

It is perfect for a family and if you train it properly it can even live inside the house. Also, it can live in the backyard because it can withstand cold temperatures, except in the ears.

You should keep in mind that the Bavarian is not a dog suitable for the city, but if you live in an apartment it would be necessary to take it to exercise every day. Remember that it loves to play outdoors, unwind, run and have some fun with other dogs. 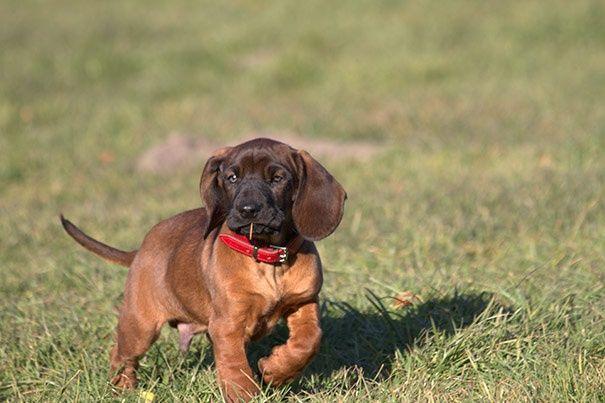 How much can a Bavarian Mountain Hound cost in a certified breeding facility? The price of a Bavarian puppy can be 800 -1200 dollars, 700-1000 English pounds.

You can find it online, but you should not trust uncertified breeders or people that do not provide the puppy’s proper documentation.

Now that we have mentioned the most important aspects, you can go to your new four legged friend, who is certainly waiting for you.

Medium Dog Breeds Anita Paula Salinas 0
The Sussex Spaniel is native of Great Britain and is in danger of extinction. It is one of the rarest breeds of Spaniels recognized... 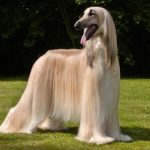