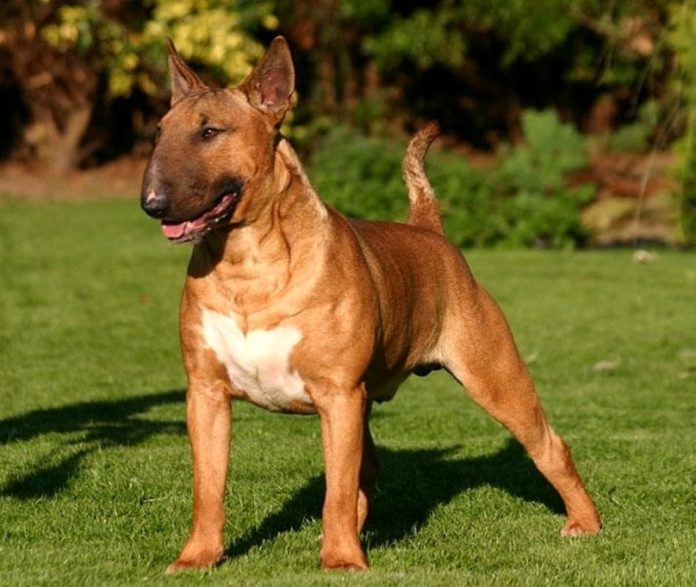 The Bull Terrier comes from England and owes its name to the ancient work that its parents did: fighting against bulls. Let’s see all its characteristics, including health and the relative price of the English Bull Terrier.

In the case of our friend, both socialization and the firm hand of its owner are essential to obtain a docile dog, but above all, suitable for social life. The current breed originated from the cross between the now-extinct Old English Bulldog and other Terrier breeds.

The Bull Terrier was used to control certain mice and other small rodent-infested places; this has always been a privilege of Terriers. Unfortunately, they were also used for dogfighting, a fashionable sport in the old days in England.

The initial selection of the Bull Terrier combined the main characteristics of Terriers, such as speed and agility, and the tenacity and the powerful bite of the Bulldog, which was used at that time to fight against bulls or bears which were chained to a post.

Over time, this breed became even more diversified, giving rise to two different and smaller species: the English Bull Terrier itself and the Staffordshire Bull Terrier. In the mid-nineteenth century, an English breeder named James Hinks began to select the breed as we know it today, crossing the Bulldog and another now-extinct Terrier, the English White Terrier.

In 1887, the first breed club was founded, but the official recognition of the Bull Terrier took place in 1933.

The Bull Terrier is known as the “gladiator” of dog breeds, precisely because of its temperament, a tireless fighter. However, this breed is also a dog that loves to be at home. It is quiet, and it does not tend to be destructive or excessive.

To teach the Bull Terrier to be in contact with other animals, with its equals, with people, and with strangers in general is essential for the correct development of the qualities of this dog, selected to fight and predominate. 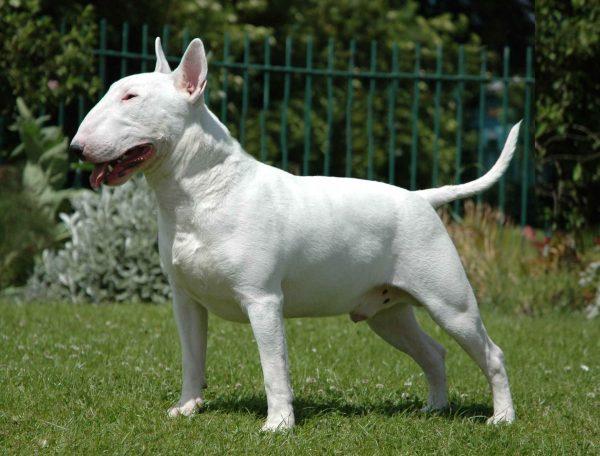 It is good to remember that the Bull Terrier puppy can sleep a lot, and it is better if he does it in its bed. At home, the Bull Terrier is basically a dog that barks little and never in an inappropriate way.

But when it comes to choosing a breed of this type, it is important to know it thoroughly and to have considerable experience in dog breeds. It is not recommended that the first four-legged friend you buy or adopt is a Bull Terrier.

Remember, you must provide a consistent and coherent educational foundation for the Bull Terrier puppy, so you can forge its good character when it grows up.

The Bull Terrier is a dog breed of medium-large size. It has a robust and very strong muscular body. The neck is long, while the upper body is rounded. The back is short, and the muzzle is wide and black.

The most distinctive physical feature of the Bull Terrier is its head, which is egg-shaped and flat on top. This gives it a fierce, but also a very intelligent appearance. The eyes are small and triangular. The tail is short and low. The ears are small, thin, and raised completely upwards. 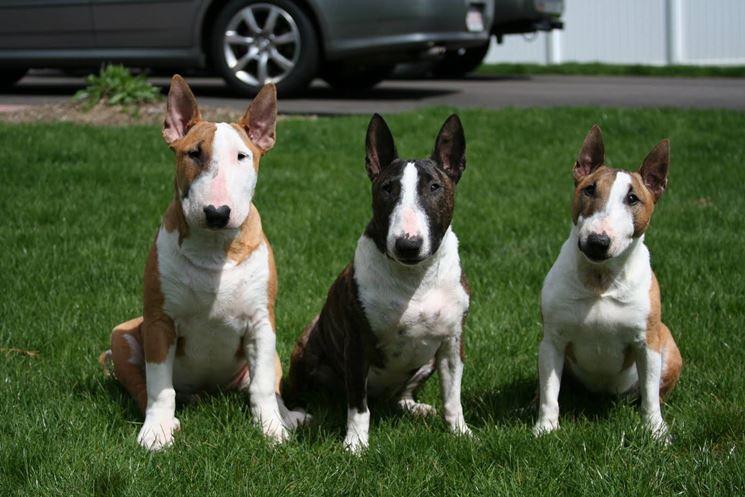 As for its weight, the standard does not provide any limitation, but it can be around:

According to their size, there are two varieties of this breed:

Compared to other Terrier breeds, the Bull Terrier is a brave, active, and lively dog; however, it is quieter. It adapts easily to family life.

The Bull Terrier is a dog that loves contact with people and other dogs. It needs a lot of physical activity throughout the day, and then it recovers with sleeping or resting moments (if it is a puppy, it may sleep even half the day). Nevertheless, if we take him to run in the park, it will not be the dog that runs after a ball.

The Bull Terrier is a very expressive dog, and sometimes it adopts really nice poses. This breed listens and learns fast enough. It is not difficult to train, but it would be good that its owner is quite strict and has experience with dogs with a strong character.

This is because it is a dog with a strong temperament, and it is necessary to give him well-defined and coherent orders. Otherwise, you risk him acting on its thoughts.

It is a very powerful and muscular dog, with no serious hereditary diseases. The Bull Terrier does not suffer from any genetic diseases of heredity nature. Dogs of this breed that have a completely white coat are often more delicate and sensitive to allergies and dermatitis.

You must be careful of insect bites, which can cause your Bull Terrier allergic skin reactions, leading to inflammation, swelling, and itching. But, above all, it is an active and energetic dog that needs at least one hour of physical exercise every day. “A good lifestyle, along with a nutritious and balanced diet, helps keep him healthy, both physically and behaviorally.”

The coat of this breed does not need special care: a weekly brushing and cleaning it with a cloth soaked in vinegar will be enough in case the four legs get dirty with mud after a walk.

It is worth remembering that the skin of the Bull Terrier is sensitive. Brushing it with a special brush for short-haired dogs will also help remove dust or dirt that could eventually cause skin irritations.

Nails and leg pads should be checked periodically to avoid problems. Besides, the weight of the Bull Terrier must be monitored: an obese dog of this breed, that is to say, having a few extra pounds, could generate pathologies that are not frequent for the “gladiator” of dog breeds.

The Bull Terrier is a dog that has a great history. It has been known over many centuries for its strength and great endurance. 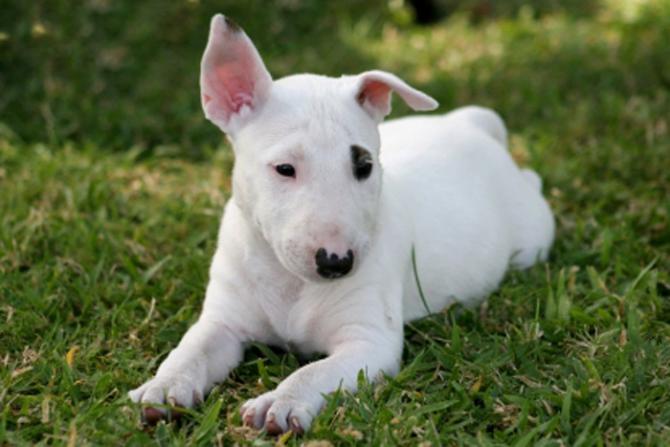 The Bull Terrier can become an excellent guard dog. Although it is very loyal, especially to its owner, it fits in and protects its family very well, too. They are dogs that get very attached, and, sometimes, they could become even a little possessive.

The Bull Terrier may develop a wonderful relationship with children as long as it and its spaces are respected. However, parental supervision is advisable, especially with younger children, because it can become very energetic during play.

There are specialized and registered breeders in the United States, Canada, and the United Kingdom. You can also find your puppy in Australia, New Zealand, India, Ireland, Scotland, and South Africa. This breed seems to be quite popular, so you should have no difficulty in finding a suitable offer for you.

Let’s remember, and it may never be repeated enough, that even though some dogs have a strong character, it doesn’t mean they are bad. Only an aggressive owner turns a dog into an aggressive one! You can always ask for the pedigree, which is essential: it allows you to check the purity of the dog’s breed. An animal with a pedigree has certain characteristics of its breed that differentiate it from the rest. 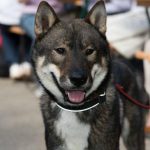 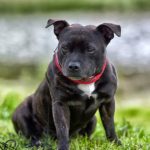 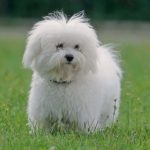