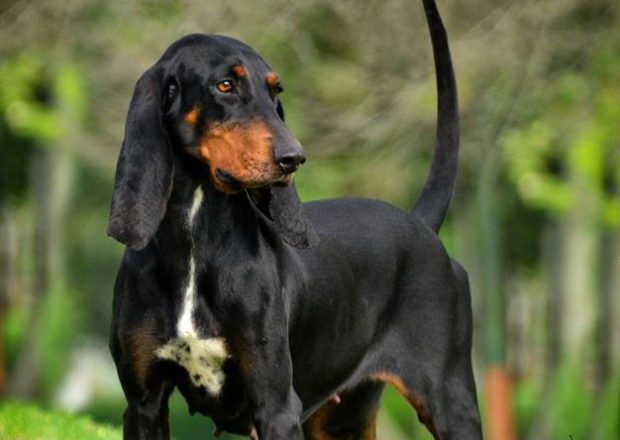 The Colombian Fino Hound is known by many names which will be listing below, but first: Let’s see all the characteristics of this loving dog with an incredible sense of smell.

The Colombian Fino Hound originated in Colombia and it was created by natural selection over time. It was recognized by the Colombian Kennel Club in 2015. One of its most representative characteristics are its ears, which are a real spectacle Do you know Pluto’s ears? They are the same!

It originated from hound-type dog breeds, i.e., dogs that have a very acute sense of smell and are therefore suitable for hunting. Among them we can mention the Foxhound, the Spanish Hound, some French hounds, the Pointer and perhaps other hunting and tracking European dogs.

The Colombian Fino Hound is known by different names, such as “Perro Fino“, “Chapolo” (in the Colombian Caribbean), “Sabueso tinajero” (in Santander), “Bramador” (in Antioquia) and “Aullador” (in other regions of the country), or simply “Sabueso colombiano” in the rest of the world. Its most common name, “Fino“, is due to its body and its sharp qualities.

The Colombian Fino Hound is a hunting dog that originated in Colombia, from the hounds and pointers introduced in the country that arrived from Europe, Great Britain and North America, during the Colonial period.

The history of the Colombian Hound begins at least a century after the arrival of the first Spaniards in the New World. From the mid-sixteenth century to the nineteenth century, Spanish hounds were introduced in Colombia to hunt rodents, Greyhounds to hunt deer and Retrievers to hunt ducks. Then, when the liberation campaign began and the British legion intervened, English dog breeds, such as the Foxhound and the Pointer, entered Colombia.

We could say that all these breeds contributed to the creation of our friend. Thanks to its great abilities as a hunting dog, the Colombian Hound became very popular throughout the territory and was able to adapt to the different latitudes of the Colombian regions. As a breed, it meets all the requirements of the FCI for international recognition. Surely, in the near future, this breed will achieve its definitive recognition at international level and its classification in the group 6 to which it belongs (hound type dogs, tracking dogs and similar breeds). 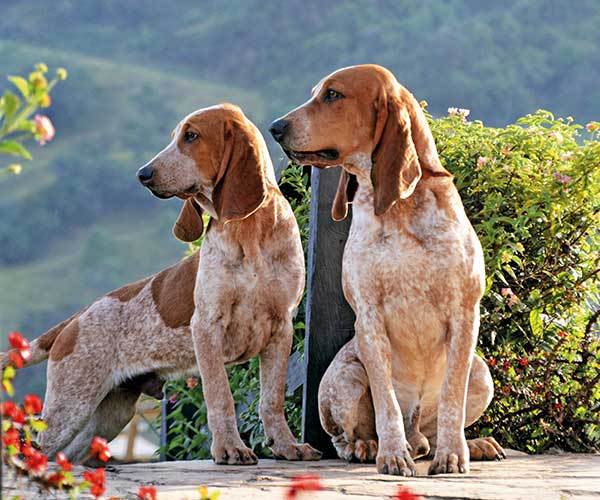 The Colombian Fino Hound has always been used only for hunting. It is very popular for its endurance and its highly developed scenting abilities. This is a simple dog that loves exploring the territory together with its owner. There are two types of the Colombian Hound:

In both cases, the coat is short, smooth and shiny.

The Colombian Fino Hound has ears that are truly a spectacle. They are large, dangling, striking and slightly rounded. In addition, it has two beautiful and bright eyes. It is really a charmer.

But when it’s time to work, the Colombian Hound forgets his shyness and performs with intelligence It runs and sniffs until it finds its prey. Once it finds it, it becomes very excited. It warns the hunter with happy, high-pitched barking.

The Colombian Fino is a medium sized dog. Its body is longer than tall. It will never be square nor with very short legs, as would be a dwarf dog, i.e., dogs of medium-large size but with short legs.

The Colombian Fine Hound can be found in the following varieties of colors:

It can have different shades and combinations of these colors.

It is a faithful and affectionate dog. Although stubborn and obstinate when hunting, this breed is fond of children and an excellent companion dog. The Colombian Fine Hound is really smart. It is a perfect breed for hunting in difficult lands as it is very resistant.

It can be a little shy with strangers, but it is a very calm dog. Best of all, he is not troublesome with other dogs. On the other hand, although it works well alone or in pairs, working in a group is better for the Colombian Hound. 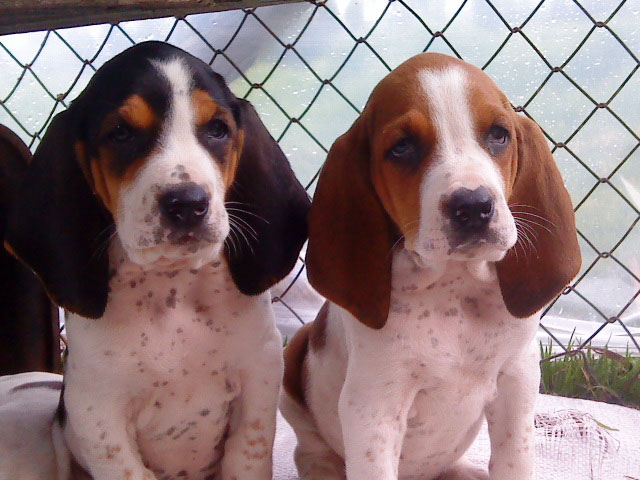 It is a particularly hardy breed. This dog is not prone to specific known pathologies, provided that the dog is regularly vaccinated.

Its weak point is probably its ears. As they are long, they are more prone to the accumulation of wax and dirt. During hunting, they can easily fill up with foreign bodies. For this reason, the dog should be checked every time it returns from a hunt. You should clean their ears of wax and dirt on a regular basis, to avoid accumulations that can result in complications.

Besides, regular brushing to remove dead hair and an occasional bath will be enough to keep it clean.

You can consult the website of the Asociación Club del Sabueso Fino Colombiano (Colombian Fino Hound Club Association). It recommends people who wish to acquire a puppy of this breed to verify that the breeder is duly registered with the ACCC (Colombian Kennel Club Association) and that he/she delivers the puppy registered in the pertinent registry. They also suggest verifying the puppy’s general health condition before acquiring it and that the puppy is at least 60 days old before delivery.

A Colombian Fino Hound puppy may cost more than 700 dollars, about 500 English pounds. It is essential that you buy a dog from a reliable breeder so that you can be sure that your puppy has been: