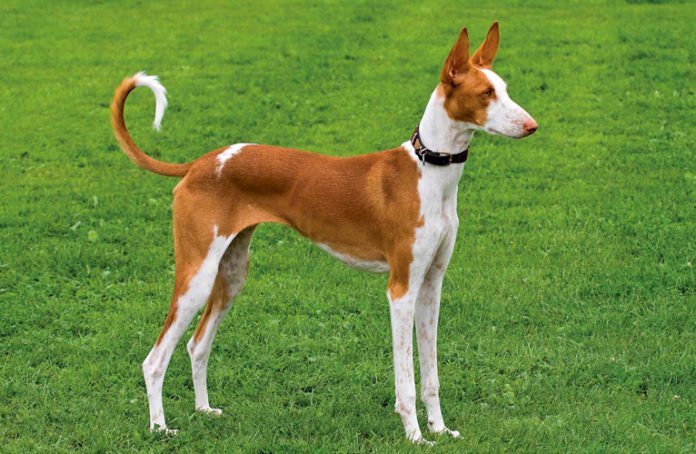 The Ibizan Hound, native of Ibiza, is an “aerodynamic” breed to discover and not to chase, as it is impossible to follow its pace.

Also known by the Catalan name of “Ca eivissenc“, the Ibizan Hound has the characteristics of a “Sighthound“: It is an athletic and agile breed with a very elegant looking. It is mainly used for hunting small animals such as rabbits and hares. It is not considered suitable for children. Don’t worry, it won’t hunt them, but it is not particularly suitable for them, even though it is not dangerous at all.

For those who love the greyhound style, it is a beautiful, muscular, and slender looking animal. It comes from the Spanish islands and belongs to the Spitz and primitive dog breeds. It is also known as Chien de Garenne des Baléares.

As we have mentioned before, it resembles the Greyhound. For this reason, there is a strong suspicion that the Ibizan Hound originated thanks to the greyhounds that arrived in Europe along with the Phoenician people who used to trade throughout the Mediterranean by sea. Although the history of this breed is very similar to that of the “Cirneco dell’Etna“, these two breeds differ in their place of origin. The Cirneco originated in Sicily, Italy, and the Ibizan Hound originated in the Balearic Islands. They are an autonomous community of Spain. The main Balearic Islands are Mallorca, Minorca, Formentera, and Ibiza. The breed takes its name from the latter: “Ibizan Hound”.

As is often the case with dogs that originate in the islands, it underwent almost no change in appearance for centuries. You can find two varieties:

The Ibizan Hound puppies are trained for hunting; therefore, they are lively, determined, and alert to everything. In addition, they have an agile and slim body. From puppyhood, this breed has a lean and slender body. As an adult, it grows to medium size. Males stand from 26-28 inches (66-72 cm) at the shoulders, while females are 24-26 inches (60-67 cm) tall. Although it is not small, it specializes in hunting small prey.

The Ibizan Hound’s body is well-built and its sculpted, and lean muscles are easily appreciable. The body is fine-boned and slender. The back is level and straight. The chest is long and deep. The head is long and narrow with a long muzzle that tapers to a point, giving the appearance of a cone. It has a very small stop.

The nose is a rosy flesh color. The small eyes are a clear amber to caramel in color. The erect ears are large and pointed.

Its limbs are strong, long, and lean, like all greyhounds. The tail is long and is set quite low.

According to the standard of the breed, any other color is not allowed, except for fawn. This color is only accepted if it is not a smooth-haired Ibizan Hound.

In addition to the unacceptable colors for the breed, we find the following faults: too large ears, poor musculature, short head, heavy bone structure and improper gait. Fearful or shyness are considered faults for the breed.

Taking into account how and where it originated, and its main work – the hunt – it is rather simplistic to say that the Ibizan Hound’s temperament is “rustic”. It is not exactly a dog that loves to lie on the couch. Although it is not aggressive, it is not recommended as an animal in a home with children. This breed can adapt well to apartment life, as long as it has its own space and not be forced to interact too much.

In fact, 9 out of 10 dogs of this breed show a rather reserved character. They will only show their love to their owners. However, it is a docile and gentle dog. Although it is not aggressive, it is determined and tenacious, after all it is a hunting dog.

It specializes in hunting small prey such as rabbit, partridge, and hare, but is also sometimes used for large game hunting. It is preferred for hunting in groups composed of only females. Among hunting dogs, the Ibizan Hound is highly skilled in retrieving prey, thanks mainly to its well-developed sense of smell.

The Ibizan Hound usually has no major inherited or physical problems. It is a determine and athletic dog. This doesn’t mean you can let your guard down if you own one of these dogs. You must check that they are healthy and well groomed. In addition, they must have the pedigree and the proper documentation.

Being a dog almost totally free of fat, during winter, it is particularly sensitive to cold, therefore, it should be protected with a warm coat. It’s not about fashion, but about avoiding Christmas colds. 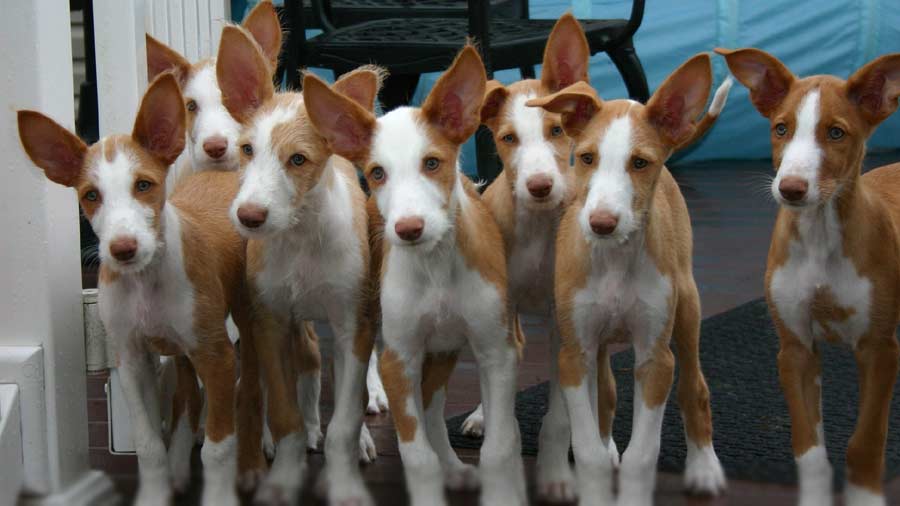 Before looking for Ibizan Hound breeders, it is good to know the average price of this breed and think about whether it is the right one for our lifestyle and the house we live in.

It is difficult to determine the average price of an Ibizan Hound puppy, as they are not well known in Australia, the United Kingdom, England, and Canada. Besides, their lack of popularity makes it extremely difficult to find them in a certified kennel.

In Spain and the United States, the price of a specimen of this breed may range from 800 to 1200 dollars, about 600-1000 English pounds. It is advisable to contact recognized breeders and ask them directly for prices and availability of puppies.

In addition to the Ibizan Hound, there are other types of sighthounds recognized: 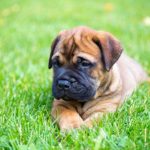 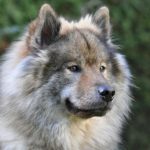 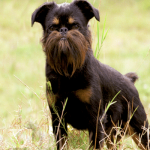