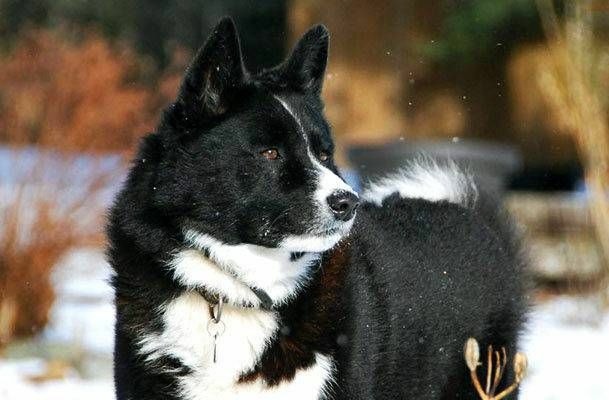 The beautiful Karjalankarhukoira, also known as the Karelian Bear Dog, comes from the north, precisely from Finland.

Among the breeds originating in the Baltic areas, the Karelian Bear Dog wins by sympathy. Certainly, it is a dog that is better off with a human being instead of being forced to be on the ice.

Being very sensitive, it needs plenty of petting and attention, as well as space. This is not an apartment dog, and it is not for lazy people either, since it likes being doing something almost all the time. Engaged in hunting, it is classified in the category of Spitz dogs and primitive type.

The origins of the Karelian Bear Dog are very ancient. Most scholars consider it a descendant of the Arctic wolf. It comes from the Russian region, but it did not take long to move to Finland. Its name refers to the territory of origin, i.e., the Karelia region.

The Karelian Bear Dog has always been used in hunting various species, although it specialized in bear and moose hunting. It has always hunted both in the region from which it takes its name and on the shores of Pagoda Lake.

The first official breeding forms of this breed date back to 1936 and the first club was created in 1945. When the selection of the Karelian Bear Dog began, the idea was to create an animal that is strong and robust. The ultimate goal was a dog that excels in large wild hunting. This objective was achieved successfully. It is very popular in its country of origin, but not so popular in other parts of the world. 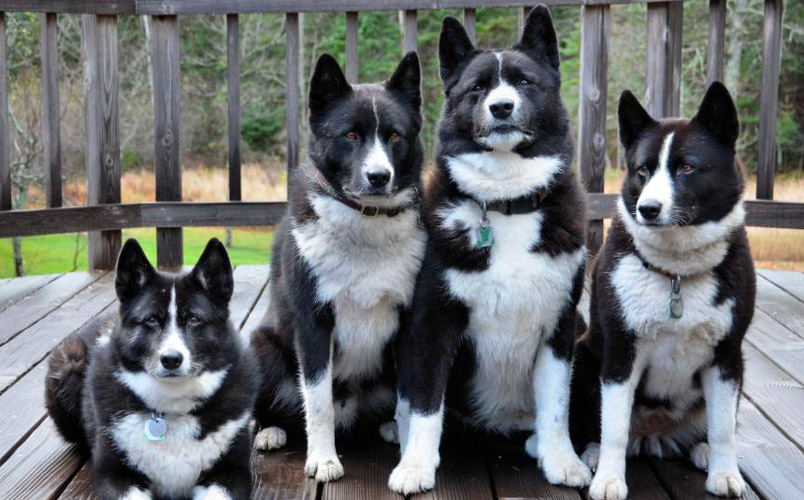 The Karelian Bear Dog puppy is a breed classified as medium-sized. It has a robust and solid body with well-proportioned musculature.

The body is a little longer than its height at the withers, which is about:

Therefore, the Karelian Bear Dog is not so massive. In addition to shapely limbs, this breed has muscular, broad, and long thighs that give it the typical long striding gait. The back is straight and muscular. The head is almost triangular in shape when viewed from the front. The skull is broad, and the muzzle is slightly pointed towards the broad black nose. It has unmarked stop.

The Karelian Bear Dog has pronounced cheeks and a muscular, slightly curved neck, which is often covered with a lot of hair. The ears are straight and long, but not too long, with a rounded shape at the tip. It has an alert and active expression in its small, slightly oval, brown eyes, which can be of many shades but never yellow. The tail is medium length, and it is carried curved over the back.

The Karelian Bear Dog has a double coat. Karelian Bear Dogs have an outer coat of straight, stiff hairs, as well as an undercoat that is soft and thick. Their coat protects them in all weather conditions.

As for the coat color, black is the base color, and it is always present. Although black is the accepted color, it may be brown in color. It is often covered with well-defined white markings, especially on the head, neck, thorax, abdomen, and limbs. 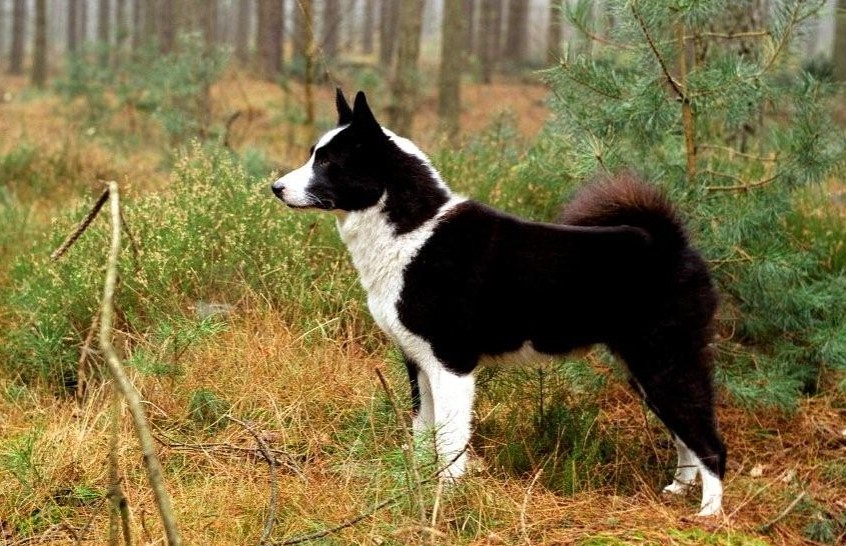 The Karelian Bear Dog is balanced and calm by nature. It is used to cold weather and isolation, yet it really likes being pampered and spoiled.

It has a quiet and independent temperament. Strong and self-confident, it has an outstanding fighting instinct. We should not forget that the Karelian Bear Dog was selected for hunting large wild animals. This does not mean that this dog is aggressive; in fact, it is friendly with humans, even if they are strangers. But the case is different if it involves other dogs.

It is not a dog suitable for everyone. It is ideal for active people who can guarantee a daily physical activity as well as open spaces. This breed is not suitable for apartment life. The Karelian bear dog, as a hunting dog, has an extremely well-developed sense of smell and orientation. It does not behave like a hound dog as it prefers hunting in groups to certain large mammals such as bear, elk, and wild boar.

There are several breeders where you can find a Karelian Bear Dog. We recommend you not to trust people who sell puppies on the Internet as they are often stolen or just look-alikes! 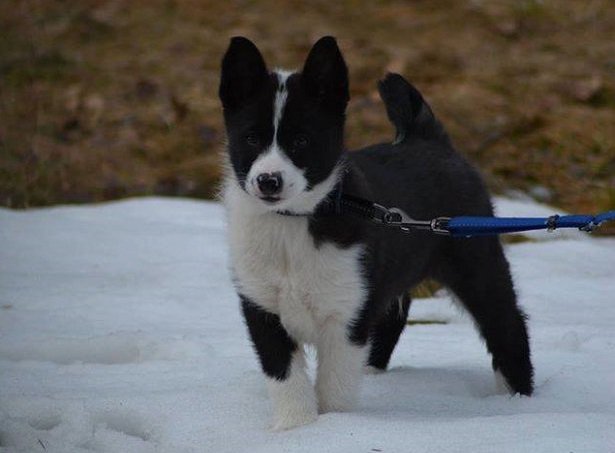 There are not a lot of Karelian bear dog breeders, but with a little patience you can find your new four-legged friend. Generally, the price, which will also depend on the availability of puppies, varies from 800 to 1500 dollars, from 700 to 1200 English pounds.

It would be excellent if you could contact a certified kennel to have the opportunity to hear about this fascinating breed from those who deal with it every day. You can always ask for the pedigree, which is essential: it allows you to check the purity of the dog’s breed. An animal with a pedigree has certain characteristics of its breed that differentiate it from the rest. 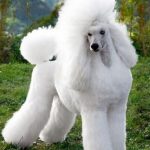 Medium Dog Breeds Anita Paula Salinas 0
This is one of the world's most popular breeds: Poodles are life-long friends! It is impossible not to mention the Poodle when it comes to...