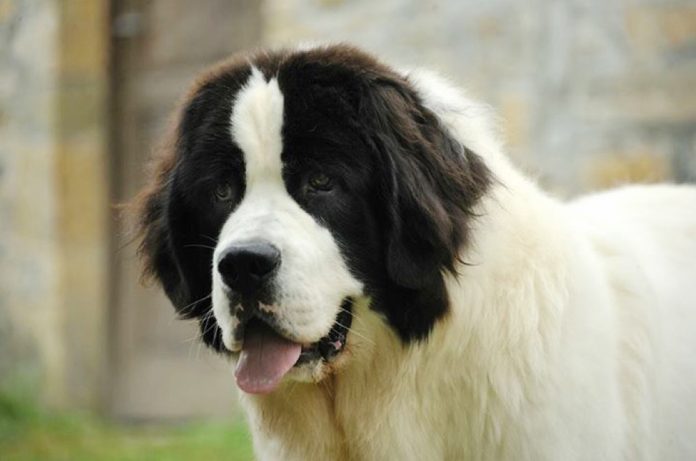 The Landseer is an absolutely beautiful dog; let’s discover all of its qualities!

The Landseer is similar to the Newfoundland Dog, but knows how to stand out esthetically and with its personality. Its origins are from Norway, but it does not fear cold temperatures; it belongs to the Pinscher and Schnauzer’s group. Nowadays, it is not well-known worldwide unlike the Newfoundland Dog that is usually completely black-colored; but if you see a black and white Newfoundland Dog walking on the street, it could be the Landseer Dog!

The fact that it resembles the popular Newfoundland Dog, has made experts consider that the Landseer is the result of the selection of a similar dog breed and the habitat in which it was raised; a subspecies of the Newfoundland Dog. But this theory is not very recognized, because it is not possible that a Landseer could eventually evolve to be entirely black-colored.

This means that our fluffy Norwegian friend has the right and pride to represent its own dog breed. However, we cannot ignore the physical similarities between these two dogs; so we can conclude that maybe they have ancestors in common, but as a result of evolution and selections there are two completely different dog breeds.

The name Landseer is very peculiar, and it comes from the artist Edwin Henry Landseer, who dedicated a famous artwork to this breed. As we mentioned before, it is very difficult to find a Landseer worldwide, unless you visit Norway or Sweden. 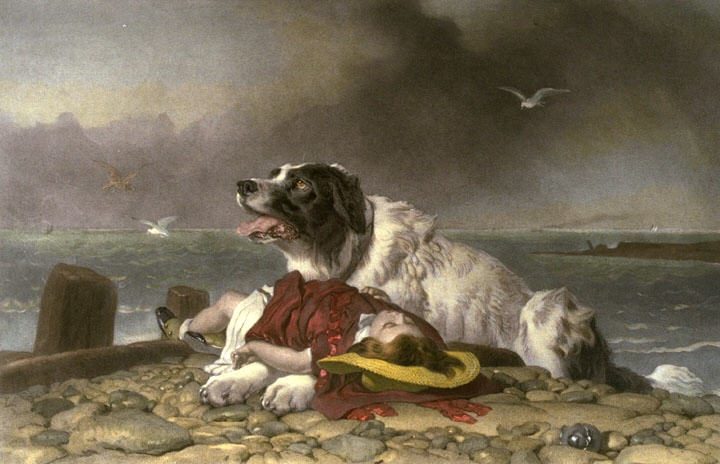 We are talking about a giant-sized dog breed, so a Landseer puppy is tall and robust, and during adulthood a male can be 28-31 inches height (72-80 cm.), according to the official standard of the breed. Females are smaller, but they are also very tall. Another difference to point out is the muscled power of the extremities, males are well-muscled, and females have longer and thinner legs than a Newfoundland Dog.

The Landseer moves loosely and with wide steps; its body is powerful, large and wide from the withers to the hips. The chest is deep and broad, positioned between two well-muscled shoulders, and it has a strong arched rib cage.

The Landseer’s head is beautiful and well-proportioned to the rest of its body, it does not have any creases in its skin and the hair is equally short in its entire head. It has two gorgeous short-haired ears with some long locks of hair on the points, which hang by the sides of its cute face. They are medium-sized and triangular-shaped with round ends.

Its lips and nose are usually black-colored, and the eyes are dark brown. Some specimens can have lighter eyes, but this is considered a fault in dog shows. Besides the brown color, the eyes are a little big, quite sunken and almond-shaped. The neck is oval-shaped, well-muscled and rises widely from the shoulders and back to the head.

The Landseer’s coat is strictly black and white, it is quite long and it is one of the most peculiar features of the dog breed. In fact, it is essential to constantly clean its hair, so it does not become a nest for fleas and other parasites. You must keep the white areas of the coat very clean so they do not become “grey areas”. As we said before the hair on its head is shot, but the rest of the body has long, thick, smooth and soft hair.

The coat is not only beautiful to the touch but also to the sight. On the tail the hair is full and compact without any flocks of hair like a flag. The Landseer’s color, as previously stated, must be shinny white with black spots on the back and hips. If we carefully observe the Landseer black spots, we will notice that the neck, stomach, chest, legs and tail are always white, and the head is black-colored.

On the muzzle there is a symmetric white mask, but it is not too big, and it expands through on the edge of the mouth. The presence of this white mask is fundamental to a professional breeder, but for someone who is inexperienced in the matter it will only be a cute spot on the dog’s face that makes it even more adorable. 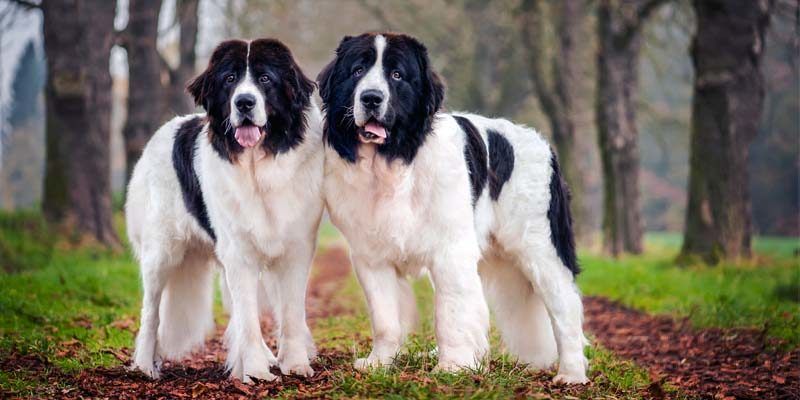 It is inevitable to compare a Landseer with a Newfoundland Dog, but as we mentioned they are not the same. The temperament of this black and white Norwegian friend is visibly stronger and it has a more robust body structure. However, both dog breeds are used for the same purposes and they also love water.

The Landseer was selected to survive in the north, and it is very resistant to low temperatures; cold weather is not an issue, in fact it loves to take long walks outdoors in any season. Of course, it will enjoy being in the forest or the beaches of the north; which is the scenery its ancestors were raised in, so we can say it is genetically attached to these places.

The Landseer’s temperament is strict and reserved, it is not an aggressive or grumpy dog, but you must not expect great displays of affection. It is faithful, tame, serious and smart; a loyal life partner that does not exaggerate with its feelings. However, it loves the company of its family and owner, and knows how to show its affection to the ones it loves.

It is not easy to estimate the price of a Landseer puppy because there are not many on the market. You can find different prices when browsing online, but as always we recommend buying your new friend from a certified breeder who will provide you with the proper documentation and pedigree certificate of the puppy you want to purchase, it is essential to have the medical history of the pet.

On breeding establishments, the cost can be over 900 dollars, 800 English pounds; some specimens that are specially selected and bred to participate in dog shows or dog exhibitions, and could easily cost over 1200 dollars, 1000 English pounds. 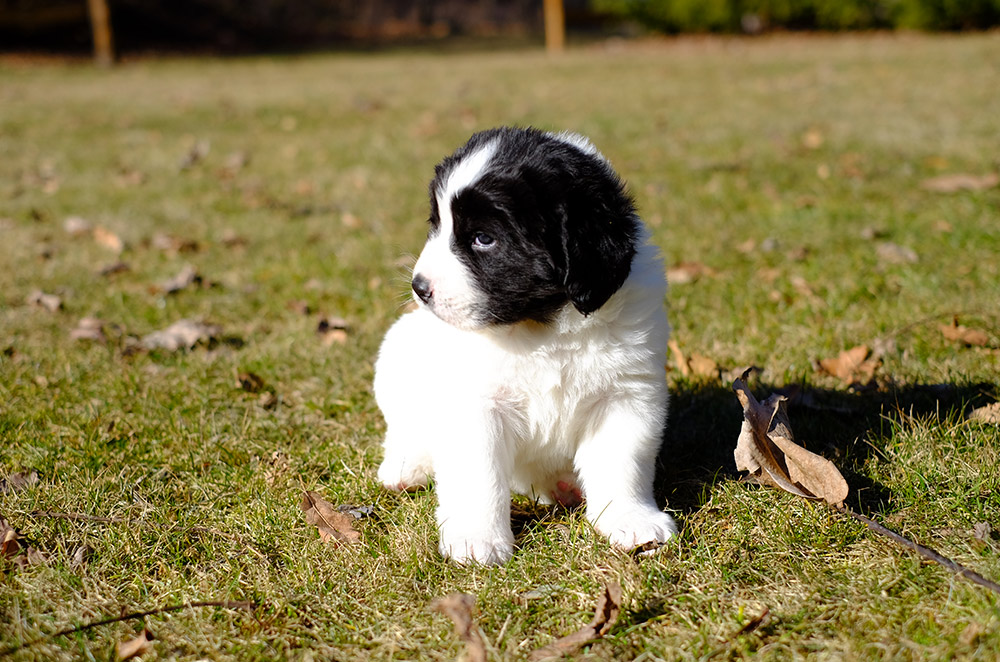 Landseer: Breeders, and Puppies For Sale

When you adopt a puppy, a reliable breeder provides you with an official veterinarian certificate, in which it is formally stipulated that the animal is in perfect health and dewormed, besides you will have the security that your puppy has been: 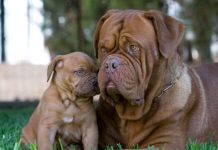 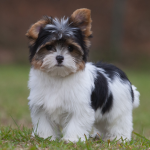 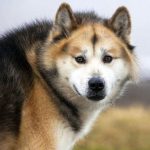 Large Dog Breeds Julieta Belén Salvático 0
We start our journey in the Far North with the Greenland dog: this is one of the oldest "snow dogs" we know. Prepare scarf, gloves,... 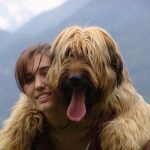 Large Dog Breeds Anita Paula Salinas 0
The Briard is a very old breed that today is used for pet therapy. The Briard is a French dog breed recognized by the FCI...