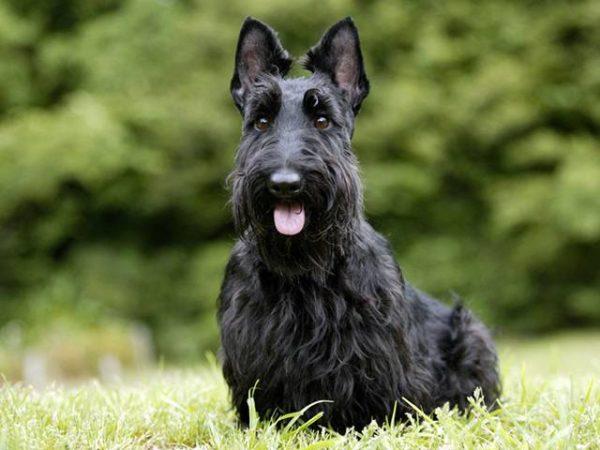 The Scottish Terrier, also known as Aberdeen Terrier or Scottie, is a little cotton cloud from Scotland; throughout the years it has become one of the most beloved dogs in the World.

In this article, we will talk about a dog breed that has become a true icon in the Dogs’ World. The Scottish Terrier is a small-sized dog and, as its name suggests, its origins are from Scotland. Its muzzle is not easy to forget, moreover this dog breed is beloved by many movie stars, and also it is the protagonist in numerous and prestigious advertisements.

Some people call it Aberdeen Terrier, Scottish Terrier or by its nickname “Scottie”. It is one of the five Terriers dog breeds related to Scotland:

Now we have met this beloved and popular dog breed closest “relatives”, let’s take a walk through the history and the origins of the Scottish Terrier.

Taking into account that this dog breed is linked to several of its “Scottish relatives” (the ones we listed before), it is difficult to find 100% of the information of the Scottie’s origins.

We can say that the West Highland White Terrier, among all the other Scottish dog breeds, is probably the closest to the Scottish Terrier. 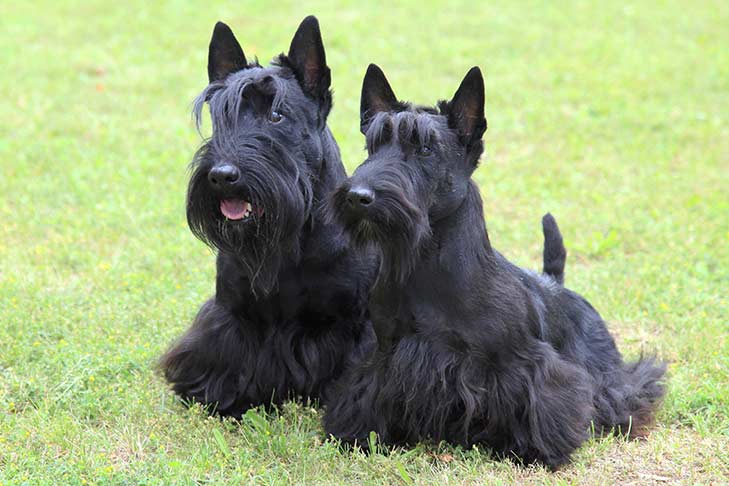 Now, we will try to analyze its “resume”: Back in 1879 the Scottish Terrier participated in its first dog show at the Alexandra Palace in England; the next year, in 1880 its standard was exhibited, clearly explained and published at “The Illustrated Book of the Dog” of Vero Shaw.

However, the standard we know today appeared in 1930, during the same decade the Scottish Terrier gained its current popularity, especially in the US. Now that we know where this dog breed comes from, let’s see why it is very hard to resist the charms of this lovely cotton cloud.

We are talking about a small-sized dog breed; however, it feels like a lion. This dog breed characteristics are its stubbornness and disregard for danger. Also it has a reckless attitude but we must say that in general this dog is nice and friendly (unless the other dogs can keep a low profile).

Now, we must talk about other characteristics of this lovely dog: The height to the withers is approximately 10 inches (26 cm,); the weight can be between 19-22 lb (9-10 kg). There are not many differences between male and females.

Its coat is medium length, but in some places is longer, like in the eyebrows and cheeks where the hair can reach its mouth. This gives the Scottie a unique and unremarkable expression; the moustache is funny and peculiar, but also, it looks like an adorable and cute frowning dog.

Its coat is resistant to every type of weather; its color is usually is black but there are some dark grey specimens. We can also find some less common colors, such as:

This dog breed is short-legged; however, it is very agile, energetic and fast. Its ears and tail are completely straight; its eyes are dark-colored, between brown and black, and have a slightly almond shape. 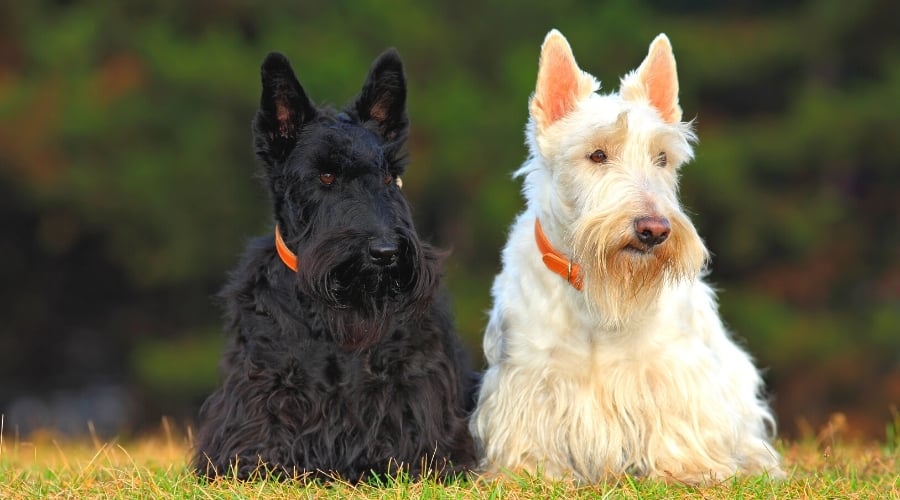 As we mentioned before, the Scottish Terrier is a “little naughty”, in general is a good dog but also quite noisy and bully. Sometimes it finds enemies where there are none and always does what it wants.

However, the Scottish Terrier is loyal and faithful, and also it is extremely brave (we could say that this little cutie is a bit reckless and does not have any problems bullying bigger dogs).

In this sense, we cannot define the Scottish Terrier as a protection dog due to its small size, but it certainly is an excellent guardian dog and it will alarm you of any possible dangers, it will bark restlessly if anything disturbs the peace in its home.

You must take extra care whenever you take it for a walk; its guardian nature can be an inconvenience. In fact, this dog breed tends to bark a lot to everyone and everything clearly is not dangerous, but remember: always take your friend with a leash!

We recommended training this fluffy dog since puppyhood; otherwise you will deal with a four-legged earthquake forever. It is advised to have a professional dog trainer.

Besides fighting, what is the second thing the Scottish terrier love the most? Definitely it loves digging holes all around; it is in its nature, which is why it is called “Terrier”, it loves to be in contact with the ground.

Even though this dog has a solid and strong build, the Scottish Terrier is also quite delicate. But what are the most common diseases it can suffer? Unfortunately, this dog breed is prompt to have cancer and similar conditions. Statistics also show that it also has a high percentage to develop tumors.

In this sense, we highly recommend a healthy environment for this dog; if you are a heavy smoker, it is not a good idea for you to adopt a Scottish terrier. Moreover, it is essential to get your dog from a reliable breeder so you can be sure that the puppy was well selected with parents without any genetic diseases.

A balanced and healthy diet is highly important; daily walks are also essential, it is better to take your dog pet to a place free of contamination. If you follow these essential cares, you can be sure that your Scottish Terrier will be with you for years!

The coat must be brushed every second or third week. The best technique is the one called “Stripping”. 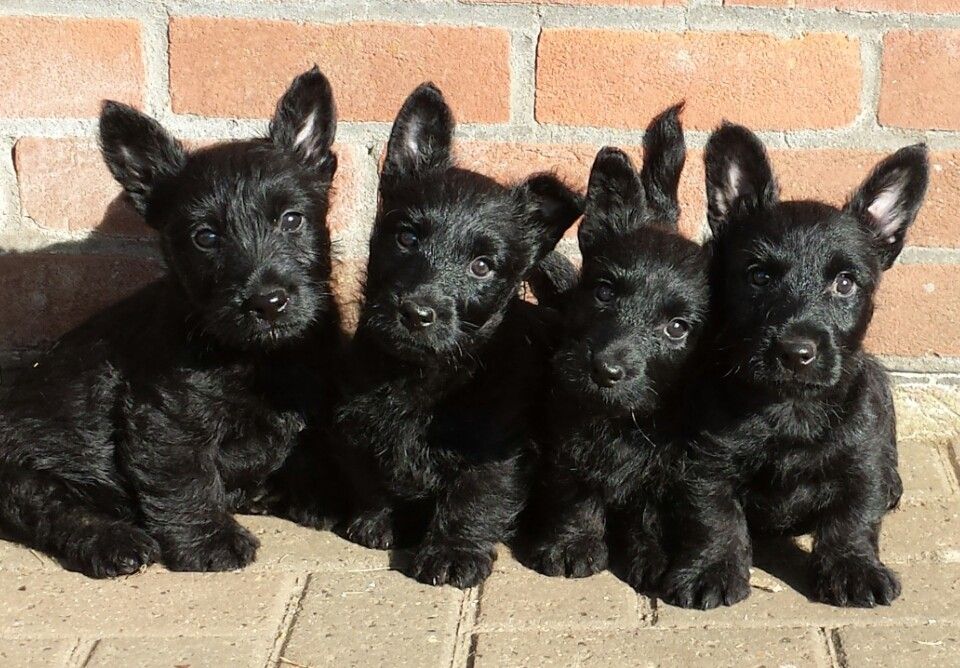 How much could this dog cost? The little fluffy pet that along the years made fall in love many celebrities such as Humphrey Bogart or Liza Minnelli, but also to politicians, American presidents and even Queen Victoria.

Unfortunately, it is not easy to show a price list for the Scottie. In fact, this dog breed is extremely popular, and for this reason its price may vary at the different dog breeders, depending also on the location.

In any case we can say that it is impossible to find them for less than 700 dollars, 600 English pounds, and the maximum could go up to 1400 dollars, 1100 English pounds. The pedigree has an important role to determine the price.