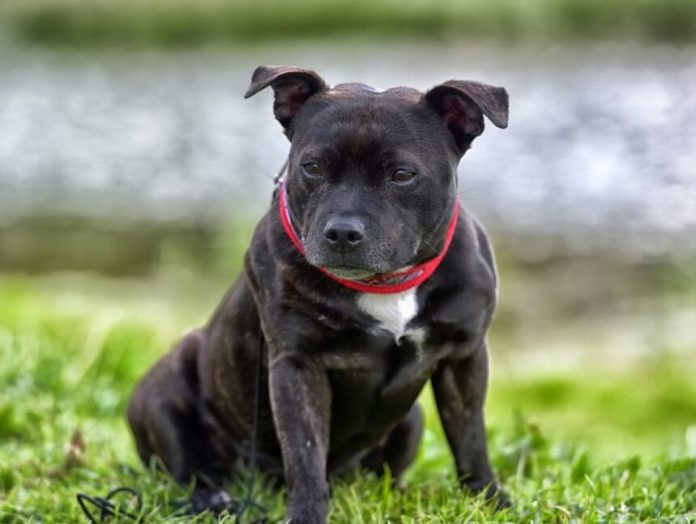 It is one of the most popular and loved English dogs in Great Britain: we are talking about the Staffordshire Bull Terrier.

The Staffordshire Bull Terrier is the most adored native British dog. In fact, it is the fifth most popular breed in Great Britain, even though its fame is growing outside the country.

This “British” Bull Terrier has a turbulent brawling past, but a happier calm present-day. Thanks to its physical characteristics and temperament, this dog is suitable for different contexts and situations.

The Staffordshire Bull Terrier has the blood of different breeds. It originated from the cross of the classic Bulldog with the Old English Terrier. Two breeds, undoubtedly “strong”, which explains the Staffordshire’s background as a fighting dog. For many years, this breed has been involved in cruel dog fights that luckily, nowadays, have been outlawed indifferent countries.

After retiring from the “ring”, the Staffordshire English Terrier was codified and officially acquire its breed standard: around the ’30s, a group of aficionados present this breed on beauty contests (In less than a decade, it had already won its first “trophies on the board”).

Today, this breed is quite popular in Europe, where it has already lived two lives, and it reached the United States too. In America, it was bred almost immediately: that is how the American Staffordshire Terrier was created, a variety with bars and stars, the “Lord” of the Staffordshires. 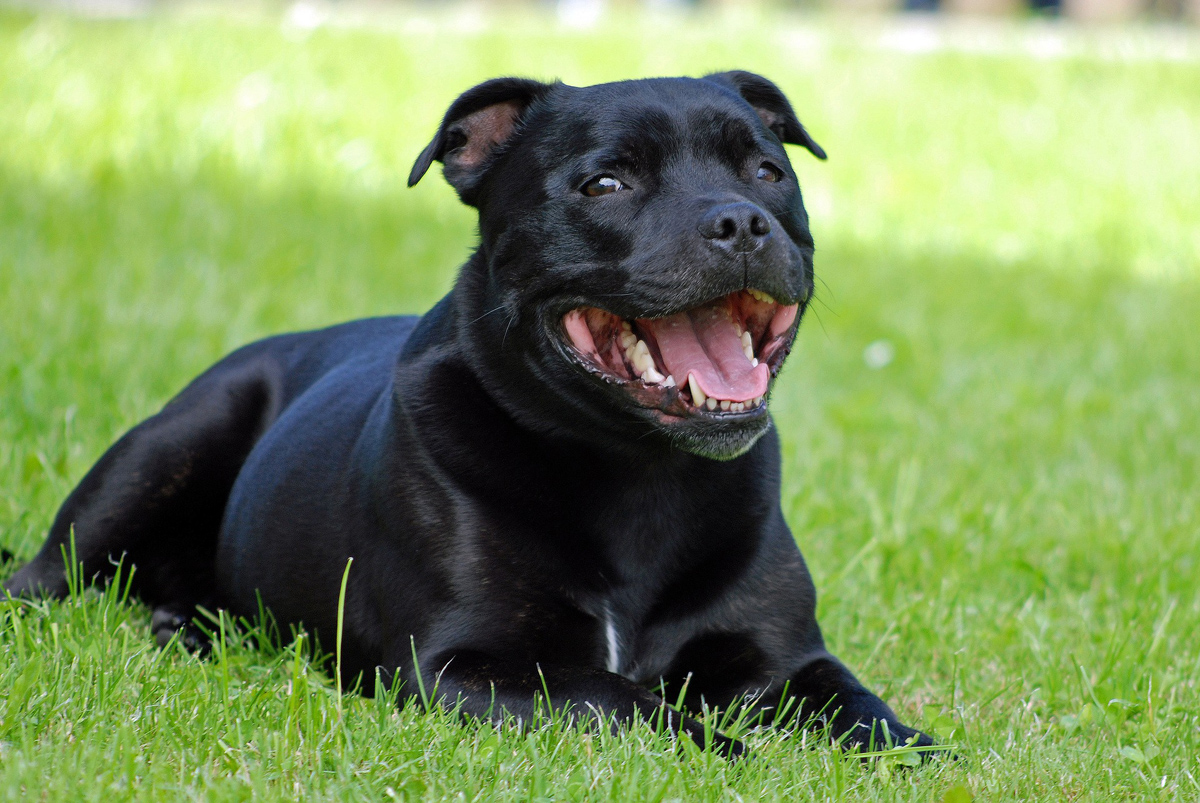 The Staffordshire Bull Terrier has a strong personality, but despite its past as a “fearsome fighter”, it does not behave like a bully at all. It is simply suspicious of other dogs, due to its temperament, but never aggressive or violent.

It is worth mentioning that the Staffordshire changes its attitude completely when it is with humans: it becomes loving with every person, family or strangers, yet it is never intense or too invasive. In general, It chooses a leader within the nuclear family, a master or owner, to whom it is extremely loyal.

In fact, this breed is very loyal and brave; it is willing to do anything for the people with whom it has established a bond. Although it needs to choose someone to fill the role of “leader”, it is friendly with the whole family, including kids.

In general, this breed belongs to the medium-sized breeds, it is robust and compact. As we said, it is elegantly strong. Its coat has a satin sheen. Its head is quite small, but not ugly. Over the head fall two half pricked ears.

The nose is quite big and black. As regard colors, the Staffordshire Bull Terrier may have an elegant variety of colors:

Any of these colors mixed with white. Any shade of brindle or brindle with white. According to the standards, purplish red or black and tan are undesirable. 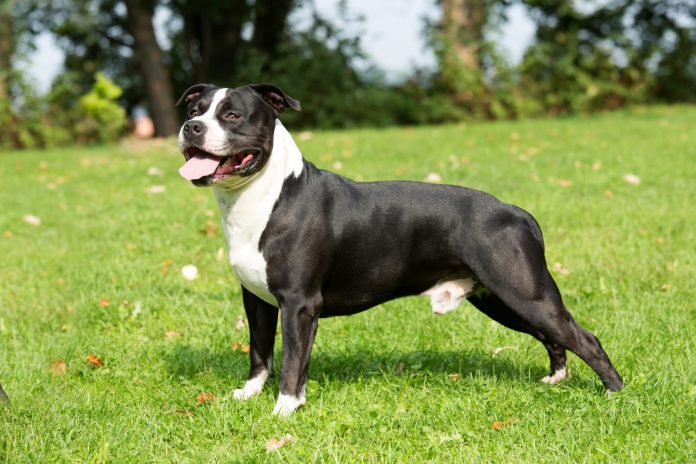 There are no particular issues regarding maintenance and nutrition. The diet consists of 900 to 1600 Kcal. per day. It depends on the sex and age of the dog.

The coat does not need too much grooming: yet it is useful to brush it and groom it once a week. This way, it will stay clean and healthy.

A tip regarding the Staffordshire’s paws: when the dogs are small, thorns may easily prick your dog’s paws when it is on the floor, so you have to check their paws and take out the thorns. In every other aspect, this dog is tough, so you will not visit your vet very often.

They have a long lifespan, between 10 to 14 years, if they are properly taken care of, naturally. The Staffordshire Bull Terrier will adapt to living in an apartment, but do not forget that your four-legged friend needs to enjoy a bit of nature and vegetation: this breed needs to run outdoors!

Nowadays, this breed is quite popular in the US, Canada, Ireland, Scotland, Australia, New Zealand, India and South Africa where you can find registered breeders. Needless to say, the best and renown breeders are those based on the Staffordshire native country. However, you should not have many problems finding your Staffordshire Bull Terrier outside England. 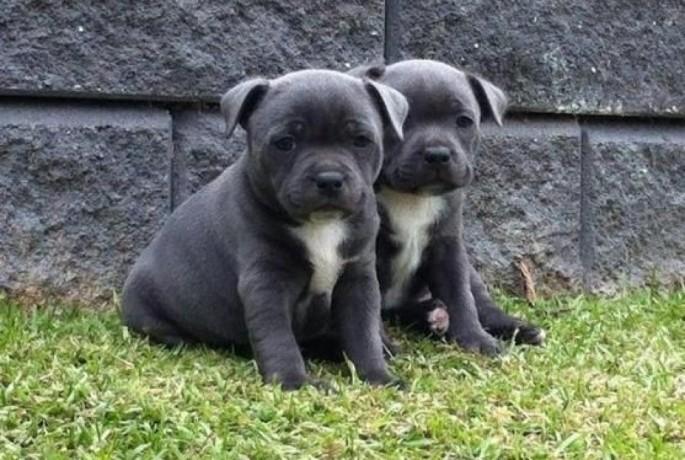 This breed is very versatile and it adapts, so do not be frightened by its fighting background. From its past, Staffordshire have kept their careful and lively temperament while walking on the street, almost like a hunting dog. However, they are never aggressive or exaggerated.

Have you fallen in love of the Staffordshire Bull Terrier like we did? It is understandable. It is reasonable if you want to know how much a puppy costs. The price is very affordable, between 700 and 1200 dollars, or 600 to 1000 English pounds.

Bear in mind that this is one of the most popular breeds in the United Kingdom and it has grown exponentially during the last decade: in a couple of years the price may rise! Sales are going up, especially in Australia and South Africa. A brave and trustworthy dog, friendly and well-mannered. 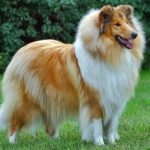 Large Dog Breeds Alessio 0
It is not common to come across a Collie, also known as the Rough Collie, in the United States, Canada, or the United Kingdom...